My family and I live in South Louisiana.

So, my wife and I both grew up going to Disney World because it is simply closer.

In 2012, my wife and I briefly visited Disneyland in California during one of my business trips.  We really enjoyed our time there and vowed to come back with our children.

And, we kept our promise and visited Disneyland in 2017 with our children.

I get asked quite often the following 2 questions from friends and family.

Therefore, I decided to do a ride comparison of the most popular rides to answer these questions.

So, Lets get ready to rumble… 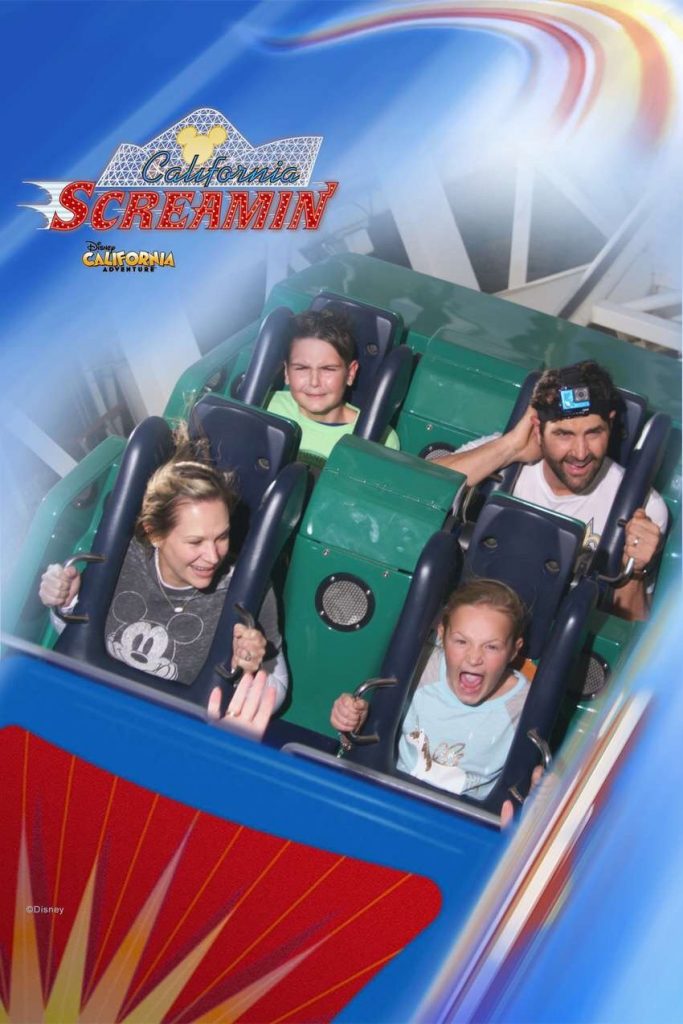 Why is California Screamin’ better than Rock ‘n’ Roller Coaster?

The length of the California Screamin ride is much longer than Rock ‘n’ Roller Coaster.

Also, California Screamin is outside, so visibility is awesome.  Furthermore, I like to see what is ahead – sort of adds to the excitement.

These 2 roller coasters are similar in many aspects such as they both launch to a countdown at the beginning and they both go in a loop.

California Screamin is longer and has 1 loop compared to 1 loop and 2 inversions on Rock ‘n’ Roller Coaster.

However, Rock ‘n’ Roller Coaster seems faster, but this could be an illusion because it’s in the dark.

In summary, this was a close comparison and simply came down to personal preference.

Pirates of the Caribbean – Disneyland vs Disney World

Pirates of the Caribbean in Disneyland and Disney World share the same name; however, they are very different.

Why is Pirates of the Caribbean better in Disney World?

The ride queue and the theme matches.

While Disneyland’s Pirates of the Caribbean has 2 drops and is a bit longer than it’s Disney World counterpart, the first scene just doesn’t make sense.  What does a Louisiana swamp have to do with Pirates in the Caribbean?

Louisiana certainly has a rich pirate history (Jean Lafitte), but Disney’s Pirates of the Caribbean does not take place in the muddy waters of the Mississippi River delta.

My opinion may be biased because I’m a Louisiana native.

The rides are very similar other than the queue and Disneyland’s Pirates of the Caribbean stroll through the Louisiana swamp. 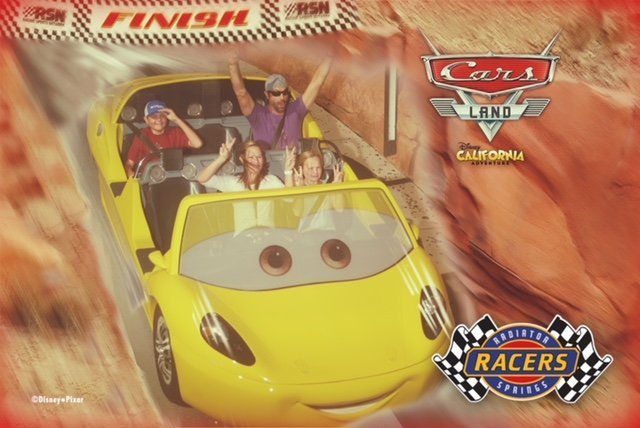 Why is Radiator Springs Racers better than Test Track?

The overall experience is much better.  Honestly, there is really no comparison.

Most importantly, the scenery in the ride is simply awesome. 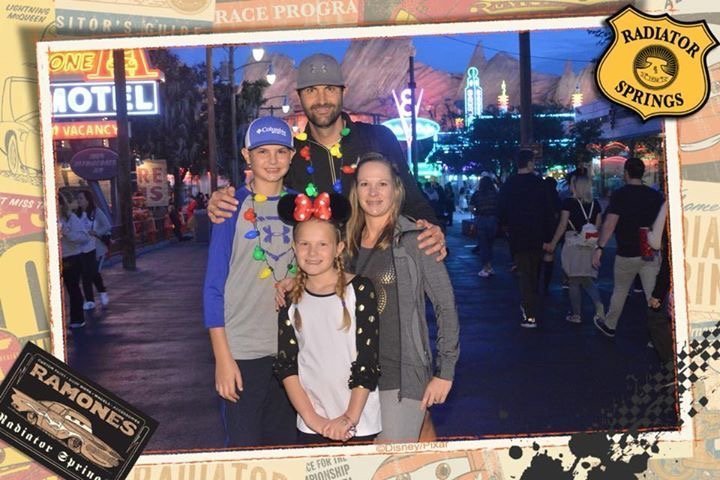 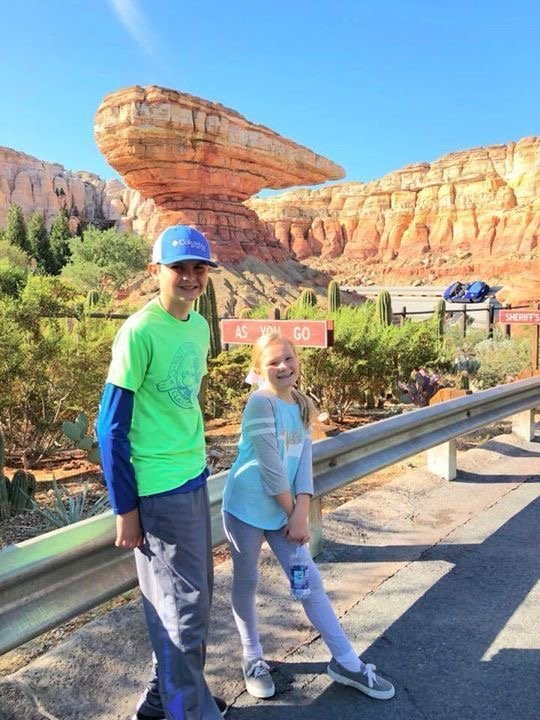 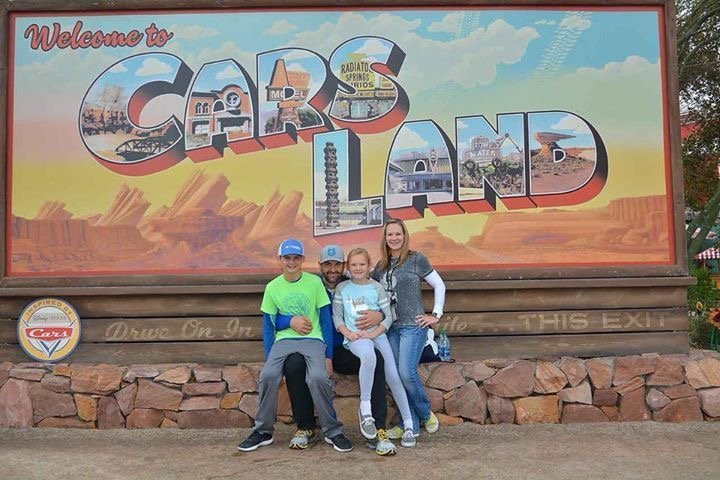 Nevertheless, Test Track is a much faster ride and it may be more appealing to car racing enthusiasts. 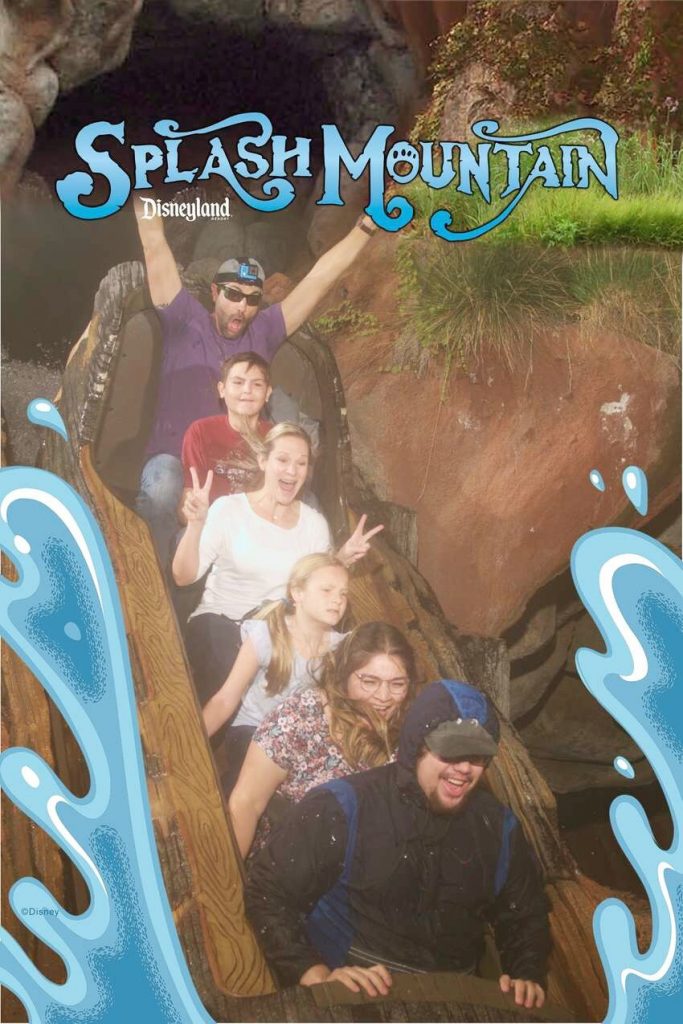 Why is Splash Mountain better in Disney World?

The sitting arrangement and the presentation.

Regarding comfort, the sitting arrangement in Disney World is side by side.

Ultimately, this allows you to sit next to someone familiar.  Disneyland’s Splash Mountain is a single file seating arrangement.

In my opinion, Splash Mountain in Disney World presents the ride’s story much better & has a few more scenes.

Guardians of the Galaxy vs Tower of Terror 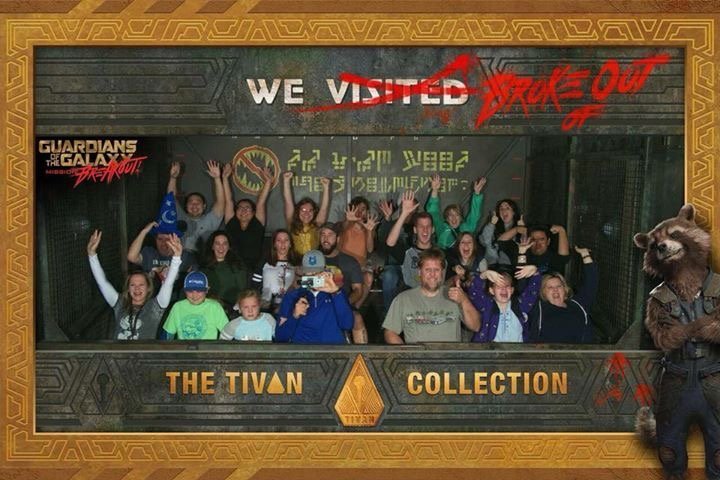 Winner:  Disneyland, Guardians of the Galaxy

Why is Guardians of the Galaxy better than Tower of Terror?

The ride is longer and the scenery/graphics is much better.

I’m not a Guardians of the Galaxy fan.

In fact, I haven’t seen the movie.  However, this ride inspired me to watch the movie.  It’s really that good.

Keep in mind, Tower of Terror may appeal to nostalgic Disney followers. 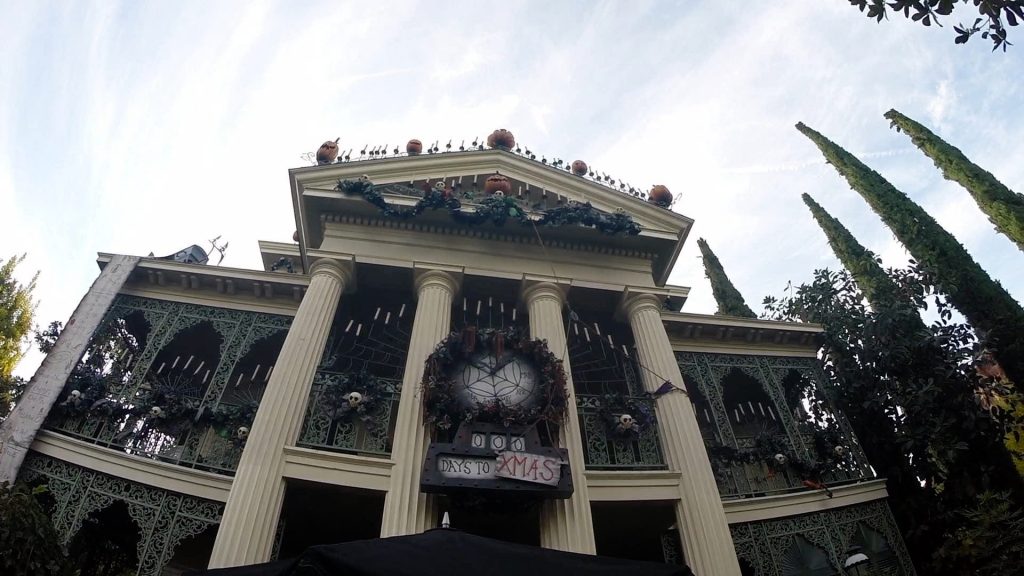 These attractions are the same with a few minor differences.

In turn, the architecture is different.

Why is the Haunted Mansion better in Disney World?

Simply for consistency reasons.  It is better for 9 months out of 12.

From October through the New Year, the Haunted Mansion in Disneyland gets an upgrade based on the movie “The Nightmare before Christmas.” 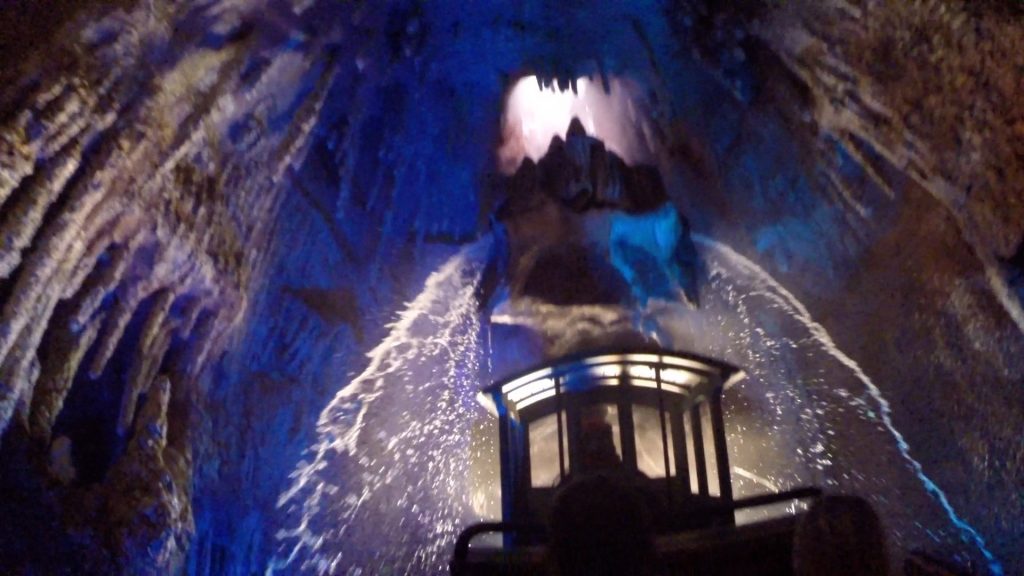 Why is Big Thunder Mountain Railroad better in Disneyland?

It’s quite simple, Disneyland’s ride received an upgrade in 2014.

In summary, Big Thunder Mountain Railroad in Disneyland is smoother and has special effects.  The line is much shorter and cooler as well. 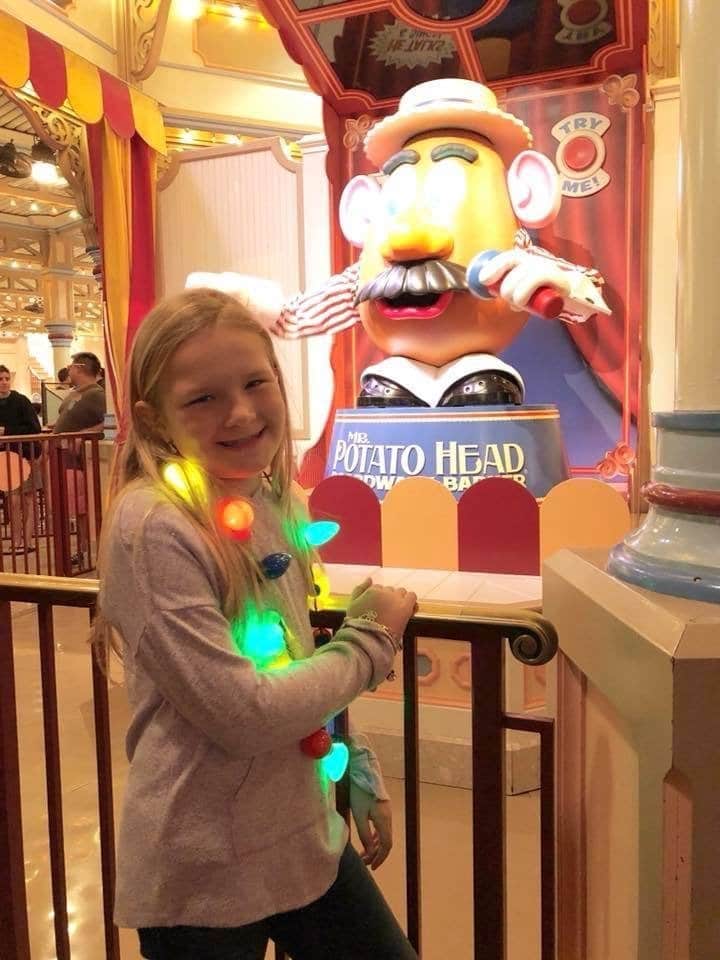 Again, this was a toss up.  Essentially, Toy Story Midway Mania is the same experience once on the ride.

Why is Toy Story Midway Mania better in Disney World?

Simply because of location.

On the other side of the country, Disneyland’s Toy Story Midway Mania ride is located in Paradise Pier among the other boardwalk games.

Personally, I associate Pixar with Toy Story so this makes sense to me.

Soarin’ Around the World – Disneyland vs Disney World

Why is Soarin’ better in Disney World?

The location is more appealing.

If I would have answered this question before Soarin’ was renamed to Soarin’ Around the World from it’s previous name Soarin’ Over California, I would have chosen Disneyland.

Also, Soarin’ Around The World is located in Epcot and this is more fitting for a ride around the world.

Ultimately, these rides are exactly the same experience. 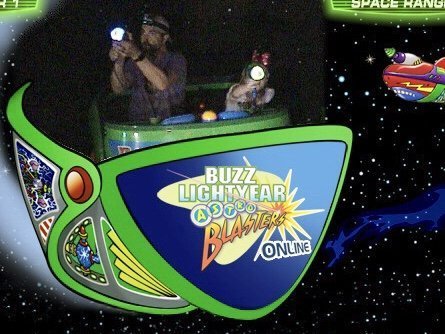 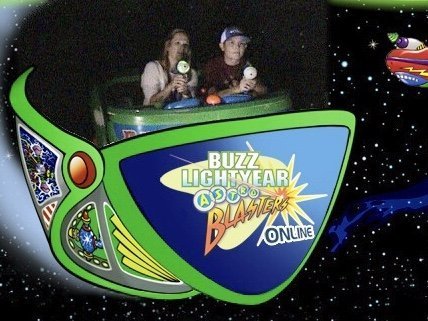 Why is Buzz Lightyear Astro Blasters better in Disneyland?

The Astro Blasters can be removed.

This ride is exactly the same; however, the Astro Blasters are attached to the ride in Disney World.

In Disneyland, they are removable, which makes blasting the space monsters easier.

So, which has better rides? 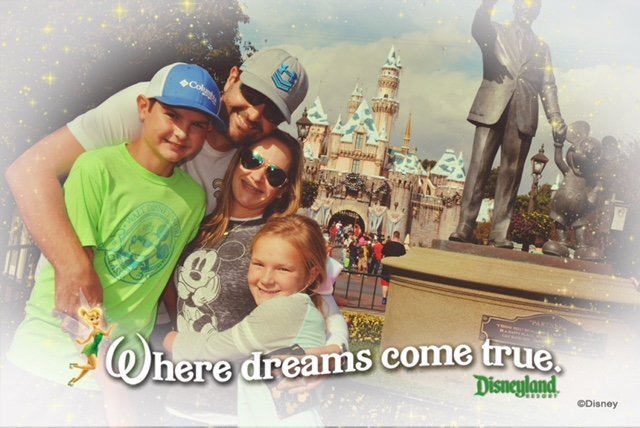 Since I have visited both Disneyland and Disney World, I do not concern myself with which has better rides.

Why? Because they are both awesome.

Nevertheless, if I find myself in Disneyland and I miss Rock ‘n’ Roller Coaster, I will stroll over to California Screamin.  The same goes for each ride comparison mentioned in this article.

What rides are different from Disneyland and Disney World?

Here are a few rides which are only in Disneyland and not in Disney World.

Thank you for taking the time to read my Disneyland vs Disney World ride comparison.

Is there anything I missed?  Did I leave out important information?  If so, let me know in the comment section below.
I’d love to hear about your Disney experience, so don’t be shy!  Seriously, leave a comment and let me know your thoughts.
Lastly, be sure to visit my Disney Fantasy Cruise Tips article.

Actually, Jess is incorrect. Snow White at WDW was removed for 7 Dwarves Mine Train. Peter Pan has always been where it is (but the que line was redone to make it interesting).

toontown! walt disney world had a toontown until 2011 but disneyland has a better toontown!

I understand how you would not like how Disneyland's Pirates of the Caribbean starts off in Louisiana but I have a new perspective that might change your mind. POTC at Disneyland is located in New Orleans Square and we all know New Orleans is in Louisiana. This makes sense why we would start off in a Louisiana bayou. We must leave Louisiana and we do so by going down the first drop which brings us to the caves around the Caribbean. Hope this sheds new light ????

I recently became a Walt Disney World Annual Pass holder. I'm a Florida native, and have never made it out to California. I've been wondering a lot lately if the attractions of the same name were mostly the same in both parks or very different. I found your article very interesting and informative!

It could be nostalgia speaking, but I think I preferred both of the originals -- Peter Plan's Flight is objectively cooler in that is a ceiling suspension ride and the graphics/animatrons are much more sophisticated, but it is not scary, which was thrilling to me as a child. I cowered in the cart hiding from the Evil Witch, lol. The same can mostly be said of Mr. Toad's/Winnie the Pooh, except that Pooh has remained a regular cart ride, so it doesn't have much added wow-factor aside from graphics. But, the little ones love it, and that's who Disney is for. Not to mention, Pooh is much more iconic than Mr. Toad.

You sure bout that? Where did you hear the snow white was replace by peter pan if peter pan was an opening day attraction?